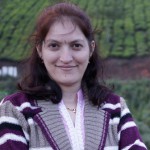 Chetana Hegde is working as Associate Professor at RNS Institute of Technology, Bangalore. She is a passionate teacher with around 15+ years of experience in industry, academia and research. She holds a doctoral degree in Computer Science. She teaches programming concepts to undergraduate and postgraduate students.

She is an active (Senior) member of a professional body IEEE (Institute of Electrical and Electronics Engineers) and holds responsibilities at Bangalore Section of IEEE.

She is also the author of the book “Object Oriented Programming with C++”, published by Prism Publications, Bangalore. Her research interests include Biometrics, Image Processing, Algorithms and Data Analytics.